The Democratic PAC is committed to ensuring that women win statewide

“In the more than 400 years of our Commonwealth, we have never had a woman governor. We have only had one woman who served in statewide office, and despite our recent gains in the General Assembly, women make up only 30 percent of our legislature,” said Julie Jakopic, the Chair of Virginia's List.

“It is time for this to change. We have four outstanding, experienced women running statewide this year and we are committed to ensuring that a woman wins a statewide seat.”

Senator Jennifer McClellan and Delegate Jennifer Carrol Foy have both earned endorsements in the race for Governor. The PAC has also endorsed both Delegate Hala Ayala and Norfolk City Council member Andria McClellan in the Lt Governor’s race.

“These women have stepped forward in order to bring their expertise and experience to serve the Commonwealth. Each of them are trailblazers in their own right, and we applaud their commitment to public service,” Jakopic added. 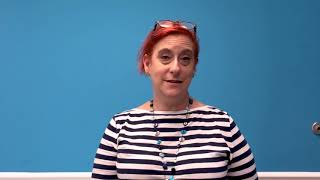